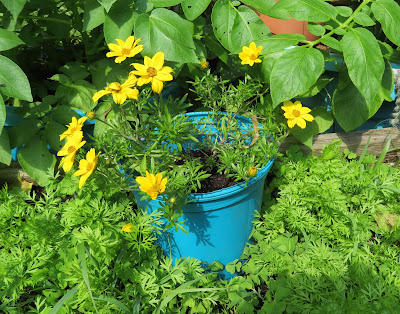 I like to use pots as mulch for a variety of reasons.  One is that I have limited space with full sun so I need to maximize my use of it.  Another reason is it cuts down on weeding and watering. Also it can make my vegetable patches look prettier as with this pot of Biden in between some carrots. 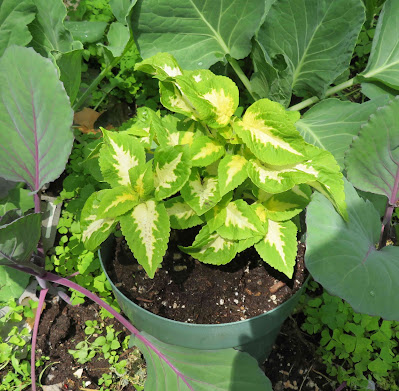 Here I'm using a coleus plant between cabbages.  As the summer gets hotter, I will move the coleus into a shadier spot and by then the cabbages will be big enough to fill in the space. 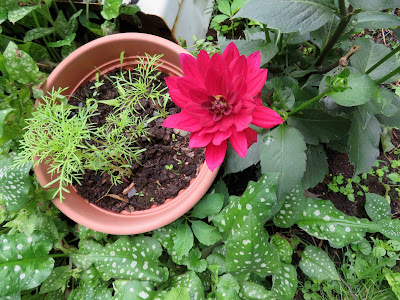 I bought a pretty deep red dahlia this spring. I decided to put a pot of cosmos beside it so that no weeds would grow on that side anyway.  The pot will keep the soil on that side from drying out, hopefully, keeping the dahlia happy. 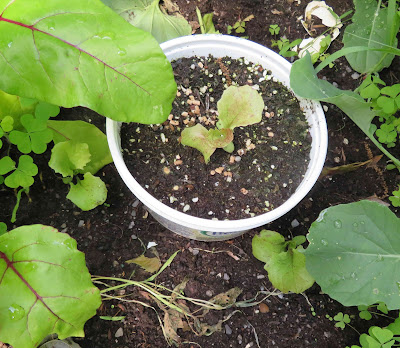 I am experimenting with growing  a lettuce plant in a margarine container.  There are 3 other lettuce plants surrounding it.  When they get big, I will move the container probably to a shadier spot. I am using some slug pellets that use ferric phosphate to protect some of my plants including this lettuce.  I've been using the pellets for a few years now and they work really well.  They are not toxic like the old slug pellets. 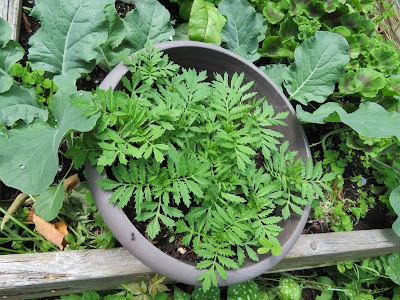 Some marigolds nestled in between a few broccoli plants.  Will they deter cabbage moths?  We'll see. 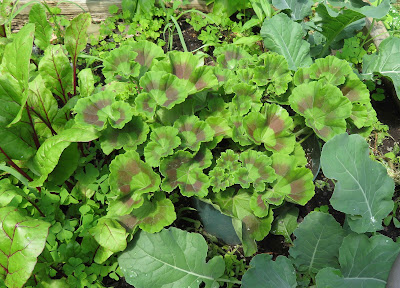 A geranium between beets and broccoli.  It isn't blooming because I pinched off the flowers and buds when I transplanted it so that it could put all its energy into getting established in the pot.  It should be really pretty in a few weeks. 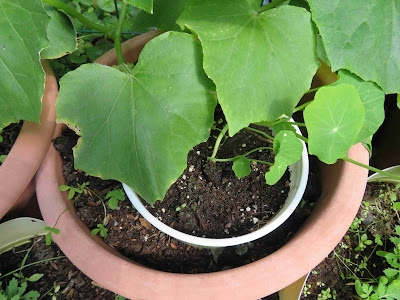 Finally, a small container with a nasturtium plant placed at the base of a cucumber plant.  Every year I struggle with striped cucumber beetles.  Some people think nasturtiums can be repellent to the beetles.  We shall see.  So far I have only seen one beetle , which I dispatched, but it's early in the season.